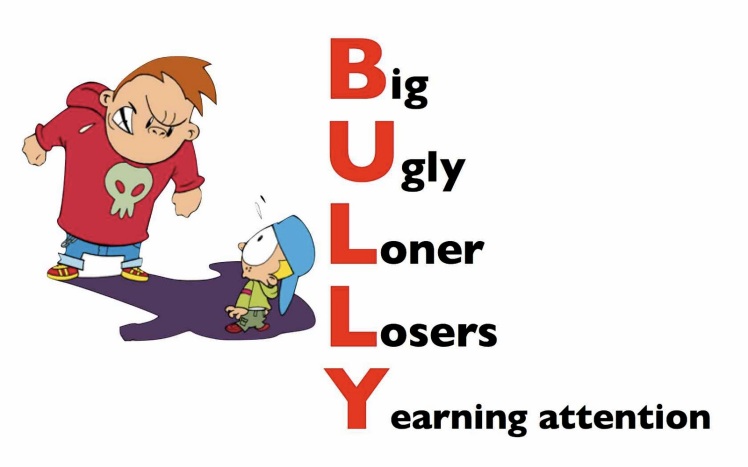 The other day I was talking with a group of friends and my one friend was explaining how she’s been the victim of public, internet bullying/slander on a website created solely for it.  The one individual that created the posts has bullied in the past, via made up stories about my friend with intent on hurting her or her name.  I told her “she’s just jealous”, and my friend said that she hated when people said that, that it doesn’t make it alright.  She was right, it isn’t okay, but I wasn’t wrong.

People that make up mean stories about other people are jealous, or envious; what other reason would they have to try to make someone else look or feel bad?  They definitely aren’t happy, that’s for sure, jealousy and envy aren’t positive emotions.  The difference between the two is envy results when we want something someone else has, whereas jealousy is when we feel that something we already have is threatened by a third-party.  I don’t know whether the bully was envious or jealous, probably both, but neither reflects a positive and confident emotional state, especially with the way she dealt with said emotions.

Happy people don’t need to put others down to make themselves feel better; they are content with themselves and their lives.  They don’t care about what other people do or say because it doesn’t actually affect them or reflect who they are.

The type of person that will bully another is one opposite of happy; they’re weak, selfish, and afraid.  My friend is a beautiful, strong, independent woman and she draws people in; they, myself included, love being around her.  People lacking confidence in themselves see her as a threat because their relationships, lives, and/or self-worth are unstable, reliant on other people and negative.  They compare themselves to her, thinking that she’ll get more attention, she’s prettier, funnier, etc.  They think that putting her, or whoever their target happens to be, down will make them feel better.  How does that logic even work, though? This isn’t math; two unhappy people don’t equal a happy one. You just end up with a bigger pile of misery and discontent.  I guess it does take away the jealousy/envy though, how can one be jealous or envious without anything to be jealous or envious about?  The idiom does go “misery loves company” for a reason…

If everyone is the same there’s no competition, nothing to remind them of how shitty their lives are.  Life isn’t a competition with other people, though.  The only person one should compete with is themselves; be better than yesterday.  News flash: we aren’t someone else, and never will be, so, constantly obsessing over what other people have, what we lack, and being surrounded with so much instability and negativity isn’t healthy, and it definitely won’t fix the problems.  What is the fight even for at that point, and why, if everything sucks so much?  It seems like a waste of energy to me.

When a happy person is bullied, the put-downs don’t work.  The bully just winds up looking more pathetic.  Especially over the internet.  Hiding behind a screen doesn’t really demonstrate confidence, nor is it an effective way to deal with actual issues.  Mostly it seems that internet bullies are people actively seeking others to troll, as if they have nothing better to do with their time, but that leads to another issue (The Lost Argument).  I don’t think that making people feel sorry for them is the intent of a bully, either.  If they would stop focusing so much on other people’s lives and focus on their own, they would be able to figure out why they’re feeling that way in the first place.  We aren’t born mean, and I never understand why people would rather actively fuck up someone else’s life than fix their own.  Admitting mistakes or wrongness can be hard, but living life as a P.O.S with no real relationships is WAY worse.  For me, when I have an issue I think, what do I need to do to make myself happy, rather than how can I make this other person unhappy.  The end result of the former is the solution to the problem anyways, and the latter doesn’t actually do any good.  I can’t imagine that if a bully were to try that the end result would be any different.

Jealousy and envy make people do mean things when they aren’t happy in their lives.  That doesn’t make it right, or even okay, but there are always reasons that people behave the ways that they do.  Bullying is something done by people who are lacking in some aspect(s) of their lives.  Sometimes it’s hard to brush them off, but in the end, they’re the ones with the real problems, who need help.  My friend should be proud that other people find her qualities so captivating, even if it is to the extent that they try to rid her of them.  I am.